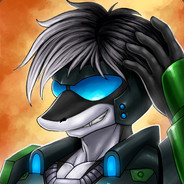 So I have a rifle concept...